Through a combination of dramatic interpretation of historic text and a PowerPoint presentation the seminal works of these African American Spiritualists will be highlighted. We will celebrate the resilient spirit of Mrs. Harriet E. Wilson (1825-1900), the first African American female novelist and a Spiritualist trance medium, healer, and lecturer. In Boston she was the first female and African American to open a children’s Spiritualist lyceum, The Spiritual Progressive School.  Witness the unfoldment of her mediumship and human rights advocacy as we explore her life through the expanded edition of Mrs. Harriet E. Wilson’s novel, Our Nig; or Sketches from the Life of a Free Black, with notes by Dr. Henry Louis Gates, Jr. and Dr. Richard J. Ellis.

Rev. Robin Reale, PhD (ABD), Special Education Public Policy, is an ordained Spiritualist Minister and Metaphysician through the Fellowships of the Spirit, Lily Dale, NY. Robin serves Spiritualist churches throughout Massachusetts and New Hampshire as lecturer, medium, and Spiritualist historian.  Robin created and registered A Knock, a Fox, & a Peddler’s Box- Leave no soul behind, a board game with 600 factual questions on Modern Spiritualism; copies are found in Lily Dale’s Museum.  November 1, 2000 was dedicated Robin Reale Day in Massachusetts following receipt of the prestigious Eugene Rooney Public Service Award for excellence in teaching & training. She served in Peace Corps Chad and Senegal, and consulted in Lithuania to rebuild the education system after communism.

Get the SCOS Email Newsletter! 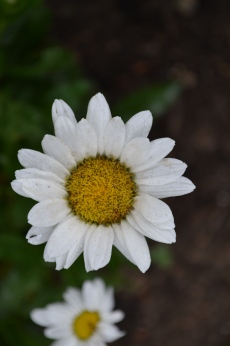